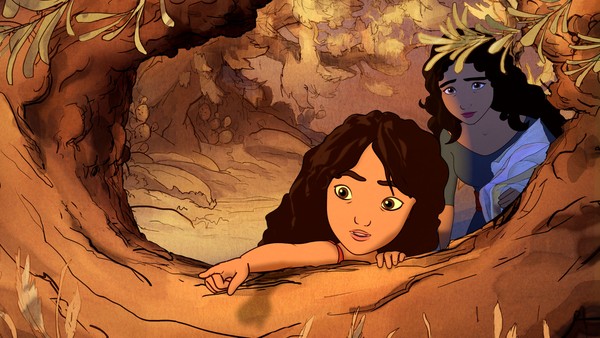 [Spoiler Alert]
Today I went to Hongdae to watch Kahlil Gibran’s The Prophet. Parking at Hongdae was impossible! Thankfully I arrived near the theater 40 minutes before the movie, which was plenty for 35 frustrating minutes of searching for a parking space :). Anyhow, none of that mattered because this movie was awesome.

I liked how Almitra was a mute while Mustafa constantly spoke. As an audience I couldn’t speak too so in a sense I was the main character in the movie. I could to listen to Mustafa talk all day. He gave some enlightening perspectives on life. We probably have heard, and know most of the stuff he talks about already. However, intertwined with amazing abstract animations and music on his poems, those words were actually inspiring. I liked his poem about freedom.

And if it is a care you would cast off, that care has been chosen by you rather than imposed upon you.
And if it is a fear you would dispel, the seat of that fear is in your heart and not in the hand of the feared.

Mustafa’s death summed up the movie. His physical entity is gone, but his words lived forever. Almitra saw him leaving on a ship to home, and even persuaded her mother, the adult, to see what Almitra saw. It was a brilliant movie: 8~9 kinds of teachings of life, integrated by beautiful animations and music. And kudos to Liam Neeson’s voice.