On the second day in Wien, I went to visit the Stephan Cathedral, the Figaro House, the Wien Opera House, the Stadtpark, the Austrian Museum of Applied Arts, and finally the Concert House to hear  Kitajenko’s Radio Symphony. The concert sure was the special experience of the day. 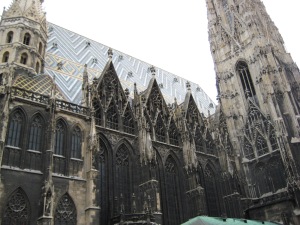 I said goodbye to my parents for they were bound to Praha. My first destination of the day was Stephan Cathedral, a colossal cathedral located at the heart of Wien. I think flamboyant is the word for this Gothic cathedral. Despite its ashy hue, it sort of seemed as if it were on fire. A horrifying pipe organ tune would have made the scene perfect. 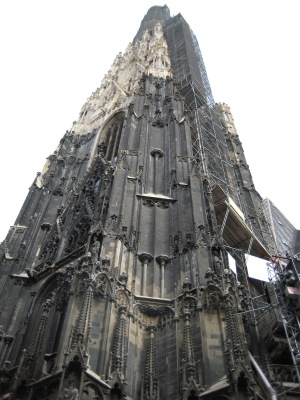 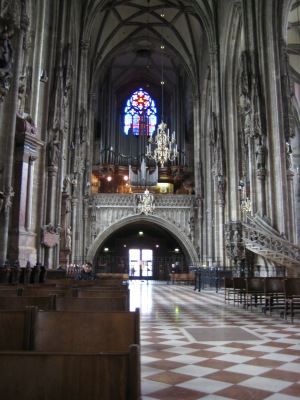 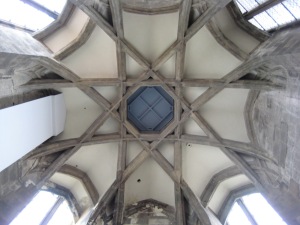 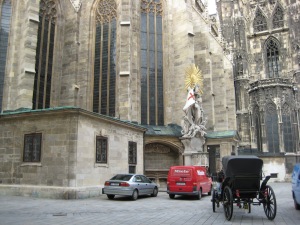 I climbed 343 stairs to the top and came back down. I also went on a dreary catacomb tour, which was pretty cool. I think people become quite happy when they discover something very new. Well, I do. I was happy to find that this kind of massive and unique cathedral existed somewhere on earth. 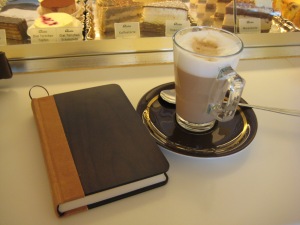 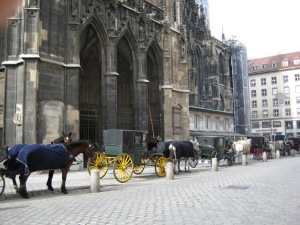 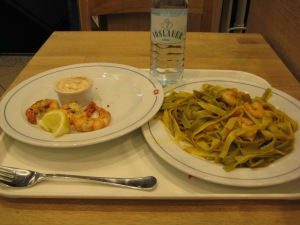 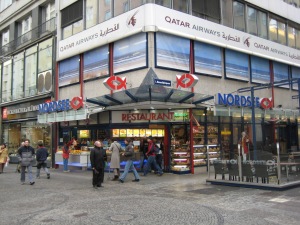 After having a cup of coffee to warm myself, I headed to the Figaro House (no pictures woops). I learned a lot about Mozart, read his famous quotes, and saw famous portraits of him. It was nice to walk along his old actual apartment. After the visit, it started to rain, so I went to a seafood store called Nordsee to have lunch. 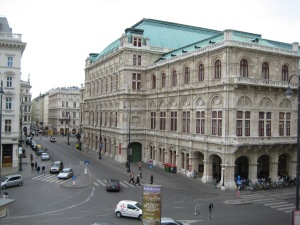 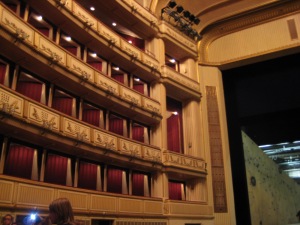 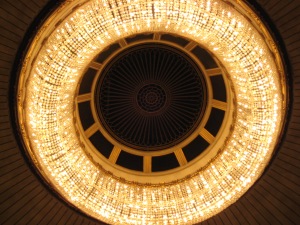 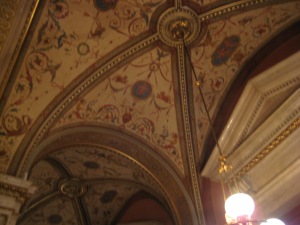 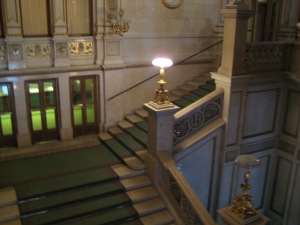 I headed to the Wien Opera House. I joined the tour team at 2:00pm. The guide showed us different places of the house including the 3D backstage, which was so cool. The Opera House was massive yet exquisite. It must be opera singers’ dream to perform on this stage. The Opera House was destroyed mostly during the WWII, but they restored it to its original appearance. I thought it was important to maintain the good old qualities of a city. 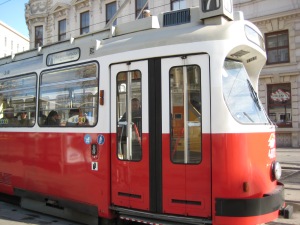 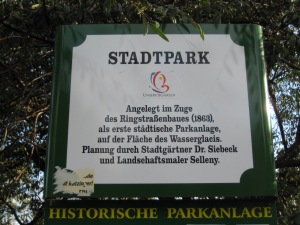 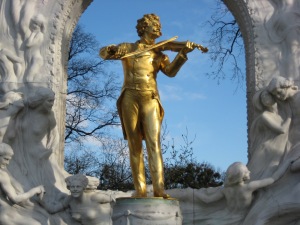 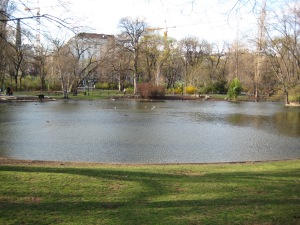 Then I took a circulatory tram around the downtown. I just love how the whole city is so antique-looking, so different from my backgrounds. I stopped at the Stadtpark and strolled around. I smiled when I discovered the Johann-Strauss statue. I also stopped by the Austrian Museum of Applied Arts. I learned about an architect, whose inspirations come from paintings and literature. He had buildings inspired from Picasso’s paintings, H. Melville’s description of the Moby Dick, and conversations from Shakesphere’s books. I respected his efforts to go beyond conventionality.

I went back to the hotel to rest a bit. Well, I zoned off and I realized I had no time for dinner before the evening concert. So I bought a corn dog on the way. Despite everything, I was very excited for the concert. The Radio Symphony, conducted by Kitajenko, was performing Prokofiev, Rachmaninoff, and Schostakovich. 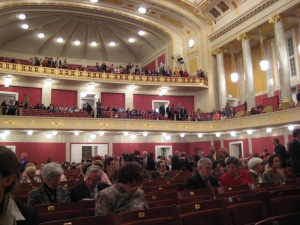 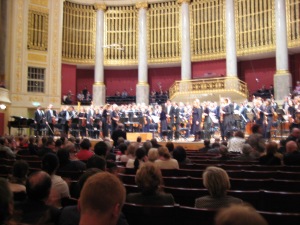 Prokofiev’s Suite felt pretty avant garde for me. Prokofiev himself was quite unconventional, but this was beyond expectations. Kitajenko conducted like textbook.

Next was my all time favorite, Rhapsody on a Theme of Paganini by Rachmaninoff. I was so lucky to hear this live in Wien! The famous Paganini motive developed in so many different styles. One variation even sounded like classical jazz. However, the celestial climax that began with D Major inversion of the motive just made everyone to let out a pleasant sigh. I don’t know how else to describe this moment without being melodramatic haha.

Finally, the Schostakovich Symphony #11. Wow, I never had this kind of experience before. I was disgusted by the music. I mean this piece was gory. I felt like I was facing a person who just constantly fills himself with fury but never actually explodes. I wished this uncomfortable piece to end soon.

An interesting thing was some people actually left the hall during the piece. I guess I wasn’t the only one feeling this way. A final blast brought the piece to an end, and half of the audience immediately got off the seat and left the hall for good. I was one of them, but I stood next to the exit and watched the other half giving a standing ovation for a long time. I mean a looooong time. This was actually my first and last standing ovation I saw in Europe. I was so confused.

I felt disgusted the whole time, but it wasn’t like noisy awful disgusting, but more like so-realistic disgusting. This was possible because the orchestra gave out a superb performance. I guess half of the audience including me could’t mentally handle the music to appreciate the performance as the other half praised the orchestra in full magnitude.

Overall, I still remember that concert vividly. It gave me a Schostakovich-trauma too. I still willfully avoid listening to Schostakovich after this experience. I’m not kidding. I still frown when I hear the name Schostakovich haha.