On the third day, I went to the west side of Wien to visit places near the Habsburg House. I visited the Imperial Apartment, Wien Museum of Art History, the Treasury, Austrian National Library, and lastly a concert at the Mozart House (Boy, I love museums..), I had some ups and downs of Austria today, and this is how the day went.

Cafe near the Imperial Apartment 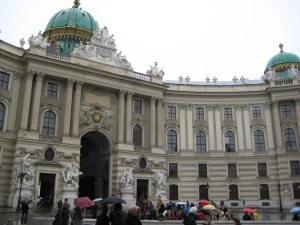 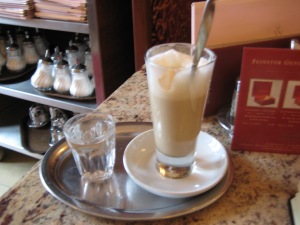 It was 10:30am at a cafe near the Imperial Apartment, and I was leaning against the wall lifelessly staring at my coffee. I couldn’t move and I couldn’t think. An hour ago, I gorged myself with a breakfast buffet since I had nothing after that corndog last night. My body was ordering me not to move until at least half of the food made my stomach. It was such a terrible feeling because I don’t normally eat a lot!

Anyway, during the hour of regret, I got to watch a lot of Austrians’ doing their everyday stuff. I didn’t want to generalize things, but I thought they were more ‘individual’ than Koreans, and to a lower degree, more than Americans too. Their attires, shop displays, language, actions, and all seemed more original and diverse. I liked how they didn’t really seem to care about how other people look at them. But sometimes, some of those were regarded as rude in my background too. So as always, there were goods and bads in everything.

Around noon, I finally got up and went to the Imperial Apartment. My stomach was still digesting, so I decided to skip lunch. I was fascinated by their lavish treasures of gold, silver, and all kinds of strangely named jewels. After exiting the place, I came across a ticket booth for the Wien Spanish Riding School horse-riding performance. The ticket was quite expensive, but I thought it was now or never, so I bought one for Sunday. 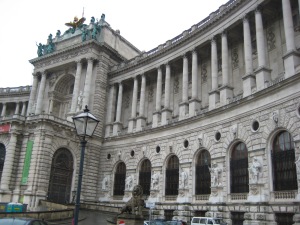 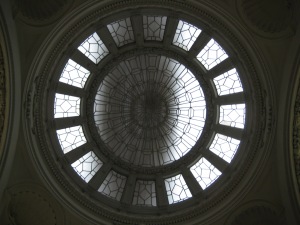 I decided to go to ‘the Tutankhamun’ first. I had always been interested in the Ancient Egyptian Civilization (I didn’t expect to come across Egypt in Austria though haha). It had some interesting exhibitions. Some displays were massive too. But overall, I didn’t think it payed off my extra ticket. 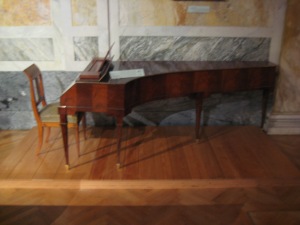 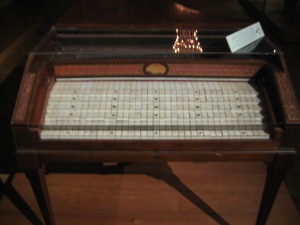 Next was the ancient musical instruments exhibition. With the word ancient, I was expecting bone flutes, but they were more like post-renaissance musical instruments. Each instrument had a button you could push to hear what the instrument actually sounded like. They all sounded the same at first, but as I listened carefully, I could tell the slight differences. And probably it’s those kinds of minor details that have strong influences in our subconscious mind. 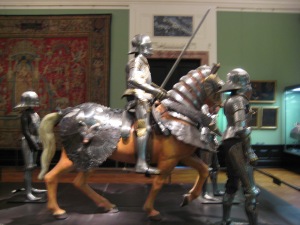 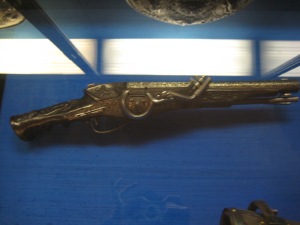 I breezed through the ancient armory. It had old armors, shields, swords, arrows, crossbows, and muskets. Like the old musical instruments, each carried its unique story. 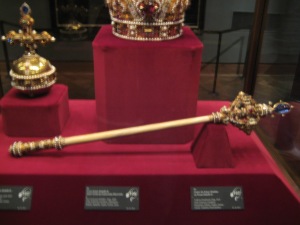 The Treasury was very lavish. I didn’t get why a king, in spite of his status, need so much gold and gems constantly surrounding his body. Well I guess he might have disliked those either. Too many shiny things seen today. I was getting dizzy. 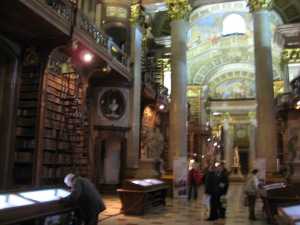 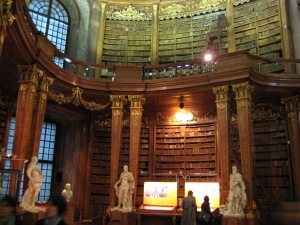 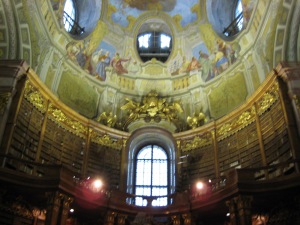 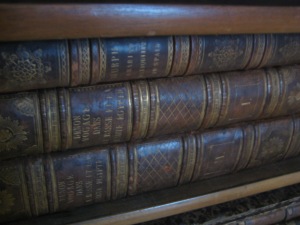 And the highlight of the day, the Austrian National Library. This impromptu visit made my day. It was incredible. From the first sight through the door crevice, I was enthralled. I didn’t want to leave this place. This place beat every museum and exhibitions I went to in Austria. Luxurious crowns may be fascinating, but this magnificent library was the one that truly inspired me. I wanted to open one of the books, but it was prohibited. Unfortunate :(.

I was strangely nonchalant throughout the day, but this magical place really filled up my inspiration gauge. I was so glad that this library survived the World War II.

Well, I’m just going to spoil you about this concert. This concert was, what’s the word, dumb. It was a tourist trap and I fell in like an innocent rabbit. I should’ve known when I learned that the performers were dressed like Mozart. And the cellist forgot to bring her score (How unprofessional!) so they changed one of the programs to the cliche Eine Kleine Nachtmusik. I was very disappointed.

Also, the violin’s pitch was awfully off on some parts. The two violins’ tones didn’t match so well either: the first violin had a thin dense sound while the second violin had a thick loose sound. But there were some good performance. Haydn String Quartet was good though.

During the intermission, a Japanese tourist gave me a thumbs up and told me how he was so impressed by the performance. I didn’t want to ruin his experience with my judgement, so I just smiled back. I guess my standards became too high after the two wonderful Viennese concerts.

I learned that as a performer, playing well wasn’t the only important thing. Attitude and professionalism took a big portion as well. Maybe I might have not frowned when I heard the violins going off pitch if I liked them. Overall, it was a good experience. I learned not to make the mistakes they made.