On the seventh day in Austria, and the second day in Salzburg, we went to the Mirabell Palace, Mozart’s Birthplace, Hohensalzburg Castle, St. Peter Kirche, the Residenz, and lastly the Salzburg Marionette Theater. Salzburg was a beautiful city with its history well curated. 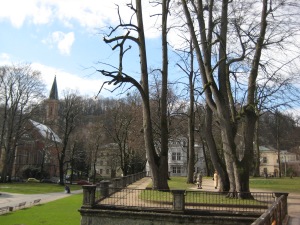 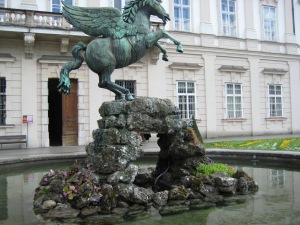 We went straight to the Mirabell Palace in the morning. Mirages of last night’s concert sprang up. The palace wasn’t as massive as I expected and the garden wasn’t fully spring yet. But none mattered since it was the place to the most wonderful concert I’ve ever seen! 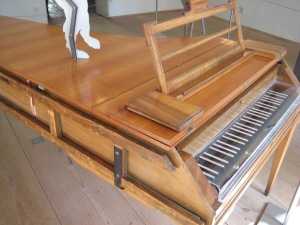 We walked our way to Mozart’s Birthplace, which was teeming with tourists as expected. The birthplace displayed a bit too much of Mozart: his pencil, his used-matches, and even his hair! Haha, if I were Mozart, I would be a little freaked out. But it was understandable, since Mozart wasn’t just a famous historical person in Salzburg, but rather a mascot, a brand, and even a culture. 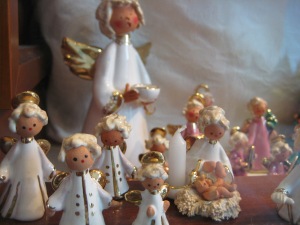 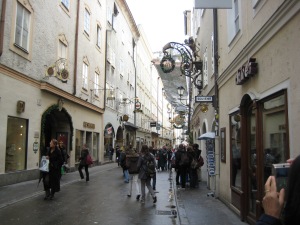 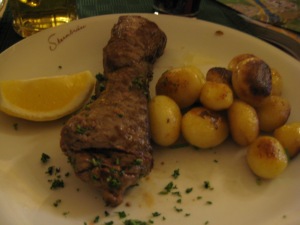 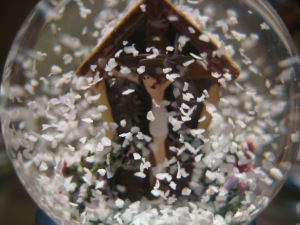 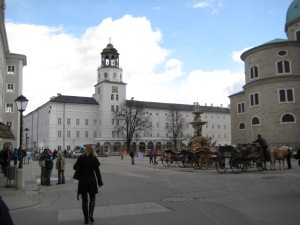 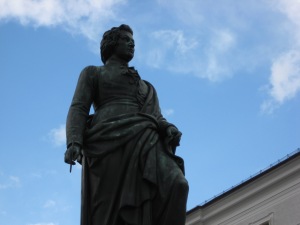 Then we left for lunch, stopping by different kinds of delicately decorated shops on the way. Photo spots existed everywhere in Salzburg. The lunch came out very slowly, but it was delicious. 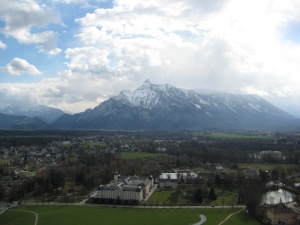 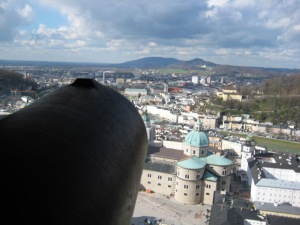 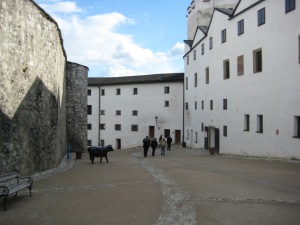 We passed by the Mozart Plaza to get to the Hohensalzburg Castle. The castle’s main function probably was to protect its land, people, and properties. But now with its salt room transformed to a restaurant and underground fortress to a souvenir store, the castle became a museum bursting with tourists. 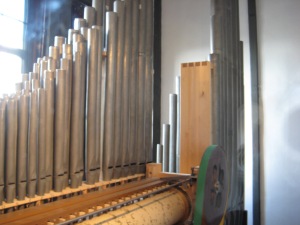 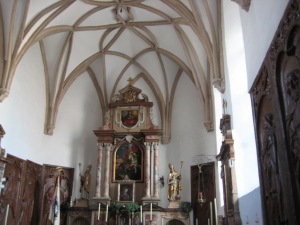 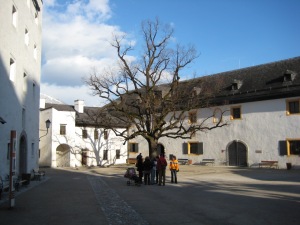 We also made a visit to St. Peter’s Church and its cemetery. The cemetery wasn’t dreary at all. It was more like a garden with tombstones. We stopped by the church to light a candle in wish of a safe trip. 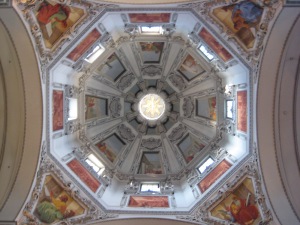 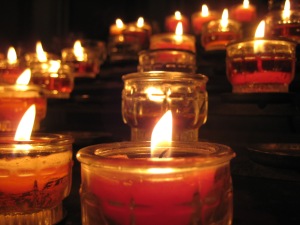 The Residenz, where arch-bishops resided for centuries, seemed recklessly extravagant. The arch-bishops back then gave out buildings to their lovers as gifts and built fortresses to protect themselves. I was a Catholic myself, but no wonder the church went through harsh reforms. 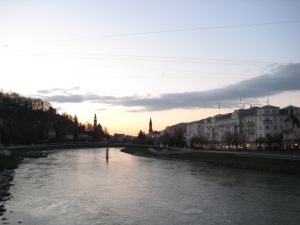 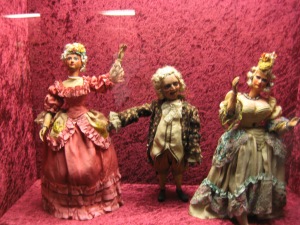 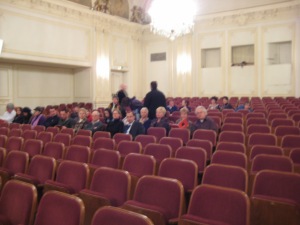 After dinner, my parents went back to the Mirabell Palace while I went to the Marionette Theater to watch a puppet version of Don Giovanni. I thought it was going to be like the Sesame Streets, but I was wrong. This was no children show. Even the audience was mostly old couples.

The amount of details such as stage designs, acoustics, costumes, and lights was almost equal to that of Volksoper’s. The marionettes moved flawlessly. Also they were big! They were able to grab objects, mimic the detailed movements of opera singers, and even go through a sword fight!

It was my first time watching Don Giovanni and I thought it was a very serious, dark, and heavy opera. But it turns out to be about a man who becomes punished after flirting with a number of women. Again, I assumed the genre of ‘opera’ to be heavy and complicated (as portrayed in the movie Amadeus), but it was actually very approachable.

Slightly before the curtain call, the puppeteers held out a mirror from the top to wave farewells to the audience. The wrinkled masters gave out the biggest smiles. I could clearly see how much they enjoyed their jobs. Bravi!