On the ninth day in Austria, we returned to Wien. We spent the whole afternoon at the Schonbruun Palace and went to an evening concert at the Kursalon. The weather was a bit unfriendly today; snowy, windy, and cold. What happened to the nice Austrian spring!? 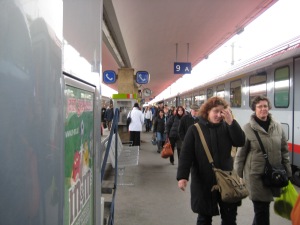 We took a morning train back to Wien. Home Sweet Home! Yes, ‘home sweet home’ after only five to six days in Wien. I guess that was how much I was attached to the city in such a short period of time. We left our luggage at the hotel and decided to go to a Korean restaurant “Bada” for lunch. Our Asian bellies weren’t satisfied enough with the yesterday’s Chinese lunch. 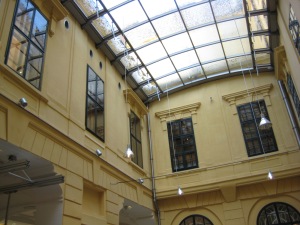 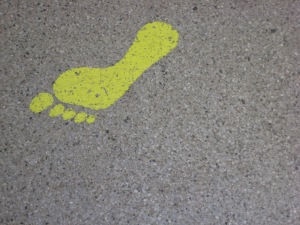 We took the subway to the Schonbruun Palace. It was a bit unfortunate to see the whole place and the garden covered in snow at this time of the year. Well, at least we got to see two seasons of Austria in a single trip.

The Schonbruun Palace well preserved the lives of Maria Theresia, Sisi, and Emperor Joseph. We could clearly see how Sisi (Empress Elisabeth) had an unchained (spoiled) lifestyle. The whole place was very extravagant. 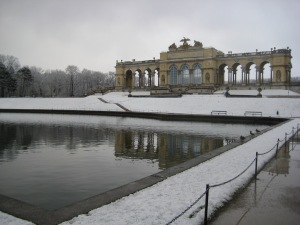 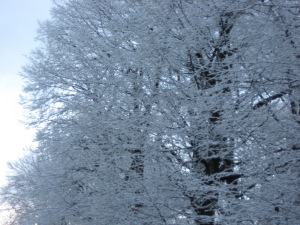 We climbed up to the Gloriette. This building was built in the 12th Century. Quite amazing. The sky cleared up on the way. It was nice to have some sunlight finally. We warmed ourselves in the cafe and returned to Wien for our concert. 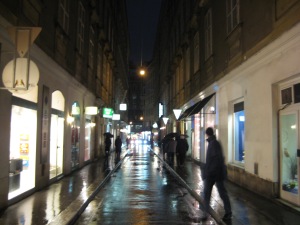 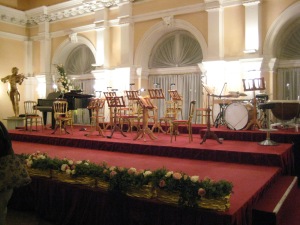 Today’s concert was on Mozart and Stauss. This was a touristy concert, playing famous short pieces of Mozart and Strauss. The orchestra didn’t leave a single gap for boredom. The pieces were mostly vibrant (skipping slow movements) and interactions with the audience were frequent. There were lots of conspicuous shows and tricks such as rotating the basses during a fast piece, and even letting out real sighs during Strauss’s Sigh Gossip. 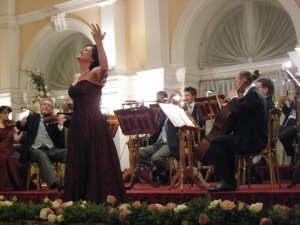 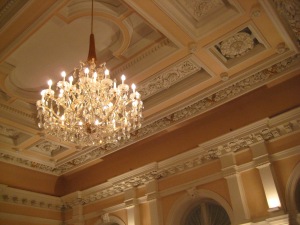 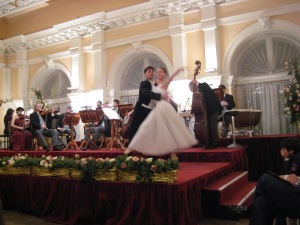 This was an interesting concert. The orchestra’s main focus was to entertain the audience with classical music. I was frowning at first since the atmosphere seemed too light. But when I looked over the audience, I realized I was being a haughty listener because the crowds were totally engaged. With some children on their feet, the listeners laughed along with the orchestra and applauded whenever they wanted to. I thought the messages within pieces were delivered very efficiently to the listeners. That’s the whole point of a concert, right? I became totally engaged as well toward the end. The balance between arts and crafts seemed very nice. I learned another lesson.